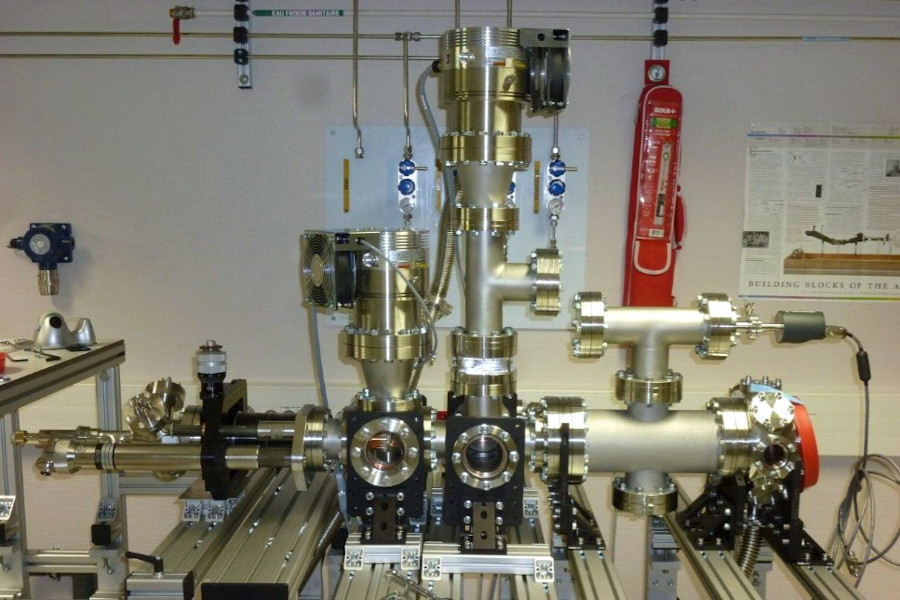 This project aimed to push back the limits of mass range detection using Nano-Electro-Mechanical resonators (NEMS). NEMS were developed for various applications in electronics including tiny actuators and accelerometers. Their size and integration capabilities make them attractive as individual particle measurement devices. Mass sensing applications of NEMS were proposed as early as 2004, but initial demonstrators suffered from low particle delivery efficiency as they mimicked conventional mass spectrometers. In 2014, in collaboration with CEA/LETI, Dr Christophe Masselon at EDyP patented a new concept for NEMS-based mass spectrometry [Patent JP/2014/179320; US/2014/0250980] taking into account remarkable characteristics of these nano-sensors.

First, NEMS can act as both detector and mass analyzer, and unlike conventional mass analyzers, do not require charged particles, circumventing the need for electromagnetic fields. This capability had never been fully taken advantage of, and we demonstrated it experimentally in a 2015 [Sage et al. Nature Communications 2015]. Also, NEMS are very small devices that require focused particle beams to capture significant numbers of analytes. To mitigate this issue, we proposed to use arrays of frequency addressed nano-resonators [Sage et al. Nature Communications 2018]. In addition, we used highly efficient particle nebulization methods and an aerodynamic lens to tightly focus the particle beam onto the NEMS array. All these advances were implemented in a novel NEMS-MS prototype that ultimately allowed us to measure the mass of bacteriophage capsids with and without their genome content at 27 and 108 MDa respectively. This breakthrough technology was recently published in the journal Science [Dominguez-Medina et al., Science 2018] and paves the way for ambitious projects aiming to characterize particles such as viruses or nanoparticles, in particular for health applications.